YouTube has been criticized for not giving enough money on its video platform but now YouTube makes an easier way to earn more money from its new feature. Google has launched membership features for YouTubers which will work similar Patreon and Twitch functions. YouTube makes the easiest way for video publishers to earn more money from their new paid membership plan feature where channel owners can earn money from selling various things.

Youtube chief product manager Neel Mohan has supposed that currently our special attention is not only this feature but we are thinking also about that user would have many different ways and opportunities to earn money from youtube platform because YouTube earns most of the revenue from advertisement. Just because of that we make this new feature. 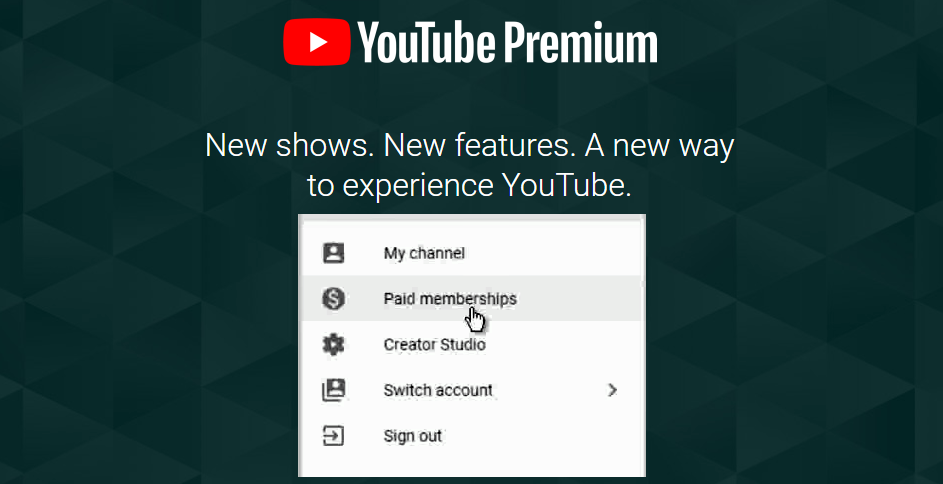 The brand promoter can able to display their own ads under the video and also design their own products using this feature. YouTube wants to make a similar platform like Patreon and it is the main reason behind this new creation.

Owner of youtube channel with more than 1 million subscriber can start this paid subscription. The paid subscription cost about 4.99$ per month. Company has said that video creators can earn money from selling clothes, phone accessories, etc items through this platform. The ads will contain a link to the product page where a visitor can buy them. I believe that youtube does not take profit share at the initial stage.

Apart from that Google has launched desktop browser support for Google android messaging apps by which users can send, view, and receive messages from their personal computers.

The verge reported that text, image, and stickers will get support from these youtube features and ads will be displayed in the text, images, and sticker format. You will be able to set up your ad contents as well. Search engine giant Google planning new features for the android message app which will be the first step in the direction of “Push towards chat”. The company implemented rich communication under the android message.

Report also supposed that users have to install an android message app from Google play store in their devices. This app is made to use this feature and scan the QR (Quick Response) code on the web browser which will make a link between those. Using this bridge users can easily chat from web browsers with youtube executives the same as WhatsApp.